Free Tour Malaga was created just for you. Malaga, the home of Picasso and a city is known for its endless sunlight. Malaga is a Mediterranean city that shines for its Andalusian lifestyle, folklore, and its world-famous son Pablo Picasso.

How does the Free Tour Malaga work?

Meeting point: Teatro Cervantes – Click here to see it on the map.

You can recognize our experts as they will be wearing a pink shirt and holding a Flamingo umbrella.

About the Free Tour in Malaga

Join our free tour Malaga and explore the streets of this amazing city, along with a local expert on a route where you will travel through time as you uncover the city and its enchanting architecture,

Take unlimited pictures of the Malaga best spots, street art, and hidden corners, our meeting point will be outside of the Teatro Cervantes.

Did you know that Malaga is also known as “Malaka”?

The city of Malaga was born with the arrival of Phoenician sailors. In fact, the city’s name today derives from these settlers, who originally named the city Malaka, which meant ‘Queen’.

As we move forward from Plaza de la Merced, we’ll lead you through the streets in the center where we will encounter the most emblematic buildings.

Such as the cathedral, the Alcazaba Roman theatre, and finish at the top of the Gibralfaro castle where you’ll enjoy the most spectacular views of the city.

We always recommend our visitors to check the monthly events of Malaga. In August we celebrate for example the famous Feria de Malaga. You can find other festivities here in Malagaturismo.

Did you know the original name of the city and its historical development? Our guides will give you loads of insights about it during the free tour.

Keep in mind,  Malaga is one of the oldest cities in Europe. It was founded in the VIII century B.C. by the Phoenician sailors. Several historians have discussed the origin of its name, which was ”Malaka” back in the day when it meant queen.

On behalf of its strategic southern position, Malaga had an essential economic function for Mediterranean commerce and trading. In fact, over the centuries, the city was crossed and conquered by great civilizations.  Such as the Romans, Visigoths, Moorish, and Catholics. This brought their traditions, religious beliefs, and cultures.

During the 19th century, Malaga became one of the leading cities of Spain for the Industrial Revolution. Further, experiencing a steep growth of the manufacturing sector. At that time, the bourgeoisie became the dominant group in the city.  Wealthy families, such as the Larios, invested in its infrastructures, contributing to the boost of businesses.

Afterward,  the 20th century Malaga was shaken by several international tragedies. Like the World Wars, the Spanish civil war, and Franco‘s dictatorship. Malaga was introduced to tourism in the ’50s along with the Costa del Sol. Also,  becoming an invaluable boost to the local economy.

Malaga is the 6th biggest city in Spain with approximately half a million inhabitants. It is the capital of the Costa del Sol, under the autonomous community of Andalucia. Before covid impacted, its airport used to attract over 20 million travelers each year.  Nowadays, with the reopening of countries, we are hoping to be back on track as soon as possible!

Malaga today is well known as the sunshine city. It has over 300 days of sun and warm temperatures all over the year.

As a result, it is one of the preferred destinations for retiring. And it is expected to become the hot spot for digital nomads and freelancers. After all, if you can work remotely, what is better than a warm buzzing city on the coast

Instead, from a touristic point of view, wandering around the historical center nowadays seems like walking through an open-air museum. All thanks to all the civilizations influences. Along our tour, you will encounter some of the most emblematic buildings. Such as the Cathedral, the Roman theatre, and the Alcazaba.

Additionally, our Flamingo guides will introduce you to lots of fun facts regarding the life of Pablo Picasso and Antonio Banderas. Both were born and raised in the city. Plus, you will get to know about the traditional events of Màlaga like the Virgin catholic processions, the Ferias, and Tòrridas.

Would you like to experience it yourself? Book your free spot and join us!

Are you still wondering why you should visit Malaga? Well, there are plenty of reasons for that!

The city represents the capital of Costa del Sol. And is one of the chicest and cosmopolitan cities in Spain for holidaymakers and ex-pats.

It offers a great variety of touristic and local activities.  They range from cultural experiences like visiting its historical center, museums, and art galleries. It also offers great adventures outdoor hiking, cycling, or simply relaxing and sunbathing at the beach. 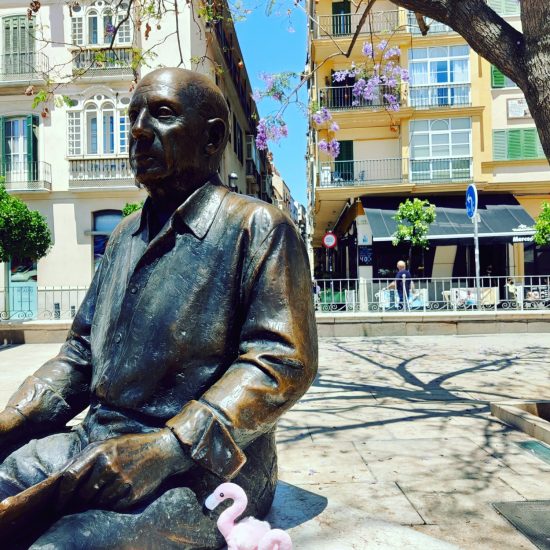 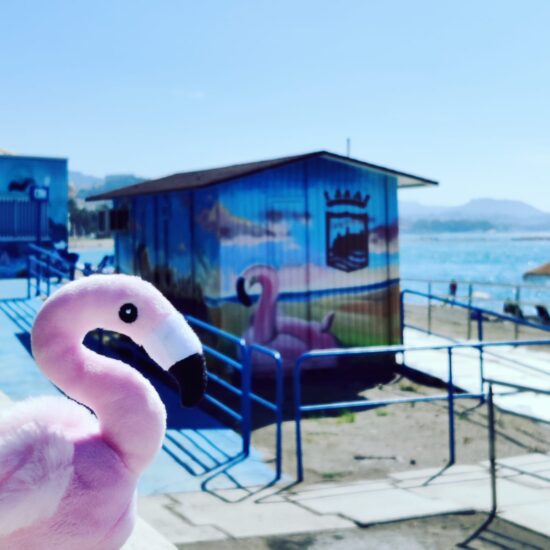 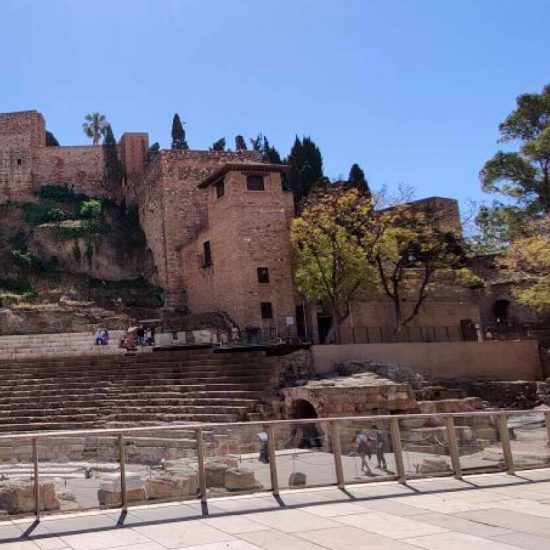